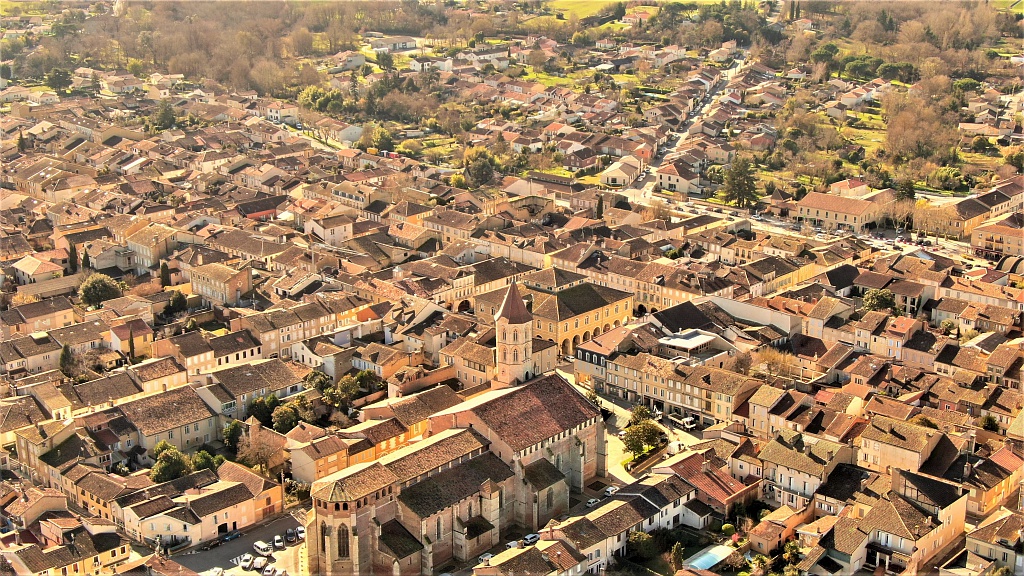 Fortified towns are a symbol in the South of France and mark the territory with their structured style. Fleurance was founded by the Count of Gaure and Eustache de Beaumarchais, seneschal in Toulouse in 1274. Since its foundation, only the church preserved elements from the Middle Ages.

We invite you to visit the main heritage sites of the town: three remarkable stained-glass windows created by Arnaud de Moles in the 16th century; the Renaissance style Labarthe watermill (private property); and the beautiful 19th century neo-classic hall (today it is home to town hall).
he first hall went into flames in 1833 but despite that tragedy renovations have taken place during the Renaissance. The hall remains quite similar since the 13th century. The second version was more ambitious, by using a more neo-classical style, and is also standing before you today. The 60 pillars hold up the current town hall and allow merchants to set up shop.

Eugène Cadéot is one of many success stories of the region. He will bestow a part of his fortune, in the form of gold, used to build the bronze statue fountains. They are placed in each corner of the town hall since 1895. You might notice a resemblance with the Fontaine des Innocents, in Paris.